Fear And How It Affects Us 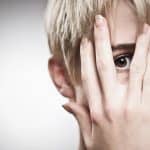 Fear is an emotion characterized by feelings of anticipation or dread related to something that presents itself as dangerous, menacing, or threatening. It’s the response you get when presented with some threat.

Once the emotion has arisen, people may do irrational things like hitting out to protect themselves as they feel threatened and need to defend themselves. Others may become temporarily paralyzed in fearful n situations. Irrespective of our individual responses to fear, it is a powerful force that can be good or evil.

Fear keeps us from doing what we’re afraid of, and we are often so scared of feeling fear as it is a powerful emotion. When you feel fear and do not deal with the circumstance in which the fear arose, you compound your fear to include a fear of many things.

For example, your house was broken into, and you fear for your safety and who it was, which is a genuine fear. This may lead to you fearing hurt in relationships or starting a relationship as you will not take that next step and let someone get close, leading to a fear of never finding. This is a false fear.

False fears are those where you can directly point out that there is no reason to be afraid of something or someone; maybe you are walking down a dimly lit street on your way home from work late at night and see someone walking towards you. They slow down and look at their phone as you get closer to them. You fear walking past them as they may attack you from behind.

That fear of what was behind you is false fear because there’s no tangible reason to fear for your safety in this situation.

On the other hand, genuine fear occurs when one feels afraid of something that does pose a threat to yourself or others you care about. For example, suppose someone walks up behind you while you’re walking down that dimly-lit street late at night and seems intent on following closely behind you even though there are plenty of places they could have gone had they wanted to get out of your way. In that case, fear is a much more suitable response than fear because they were close to you looking at their phone.

So fear is an emotion that can sometimes be irrational and can cause someone to go into a panic attack. However, fear is also a good thing as fear stops you from doing dangerous things which could hurt you. For example, fear of getting injured if you go out alone in the dark without protection from others, would keep most people from going out at night alone and unarmed.

The fear of fear is real.

This type of fear is more like fear’s cousin, and sometimes this fear is genuine and sometimes false. Fear can and does stop you from doing something dangerous that could put you at risk. However, fear does not necessarily prevent one from acting out what you feel fearful about.

Instead, the fear of fear makes you feel anxious as you are now afraid of how your choices might affect you later on. For example, you are a part of a diet club, and you see an ice cream shop and want some ice cream. However, the fear of fear stops you from getting the ice cream because the fear tells you that you would have to lie when your friends ask if you have had anything to eat since lunchtime, when it’s only two in the afternoon.

The fear keeps you from acting on your desires. Perhaps in the above example, the fear of fear would be helpful to you in your weight loss, but there may be other times when it would not be beneficial to you.

Contrary to what fear tells you, fear isn’t always a bad thing as it can be an incentive to live life safely. Fear is beneficial if we learn how to use it to help us and not control our lives, which is often tricky.

The Role of Fear in Our Lives

Fear will protect you from doing dangerous things, but fear can also be used as a reason not to do something. For example, most of society sees fear as an emotion that prevents someone from doing something, such as getting on a plane, as the fear stops them.

Fear is a subjective construct. A person’s fears will vary depending on their life story and how they have experienced and dealt with their fear. For example, the caveman used fear to keep safe from being eaten by predators, and throughout evolution, fear is well ingrained within us.

How Fear Affects Us Emotionally And Physically

Fear will keep you from taking risks or trying new things that may get you hurt, and it can also stop you from doing something you enjoy or speaking out against situations and people who victimize you or others. To conquer your fear is to be aware of the adrenaline rush that fear creates and understand its function.

Adrenaline is a natural stimulant, and it can cause an array of physiological responses such as accelerated heart rate, muscle tension, and blood flow. Still, its primary function is to give us the strength and speed needed in emergencies.

For instance, if you’re getting ready to cross the street and a bus is speeding toward you, your body naturally produces adrenaline for you to have the speed and strength needed to dodge the oncoming blow. However, adrenaline also exists when it’s not necessary or helpful, such as when you’re crossing a street, but there are no cars around. Once your body begins to know that there is no real danger present, it will cease to create unnecessary amounts of adrenaline.

Unfortunately, when we don’t listen to our genuine fears, our body responds by making us feel sick, which increases stress levels, resulting in ulcers, high blood pressure, and migraines.

What To Do to Manage Your Fears

You can try the process below; however, if at any point you feel overwhelmed, stop. It may be more helpful to arrange a time with a therapist to help you deal with your fear.

1. Acknowledge you do have fears

To acknowledge your fears, say aloud to yourself I have a fear of _____.

2. Write down your fears

Writing down your fears is a great way to reduce the power they have in your mind and body. Sit quietly and listen to the conversation inside you. Try not to judge yourself when writing.

Some people may have two fears. Some may have twenty or more. The number of fears does not mean you are more or less worthy. It just is; accept yourself as a multifaceted individual working to become your best you.

Next, try to be honest with yourself to determine if your fear is genuine or false. If your fears are genuine, manage the fear by taking steps to protect yourself.

It’s important to know that everyone has fears, but you can manage your fears by talking yourself down from the situation or talking to a trusted person. If the fear is false, you can plan to begin to overcome the fear. For example, if being in public is your fear and you conclude this is a false fear, make a plan to overcome your fear.

The method may include going outside your home for five minutes for one week. In week two, you go around the block; in week three, you go to the corner store. Each week you build upon the previous week until your fear resolves.

Understand why you’re experiencing the fear and then deal with what it is that’s causing the feeling of being afraid. For example, if you fear speaking to others and want to have this fear gone, you can confront the fear by enrolling in an acting class or joining Toastmasters, a club whose sole purpose is to help people become better at public speaking.

By doing these things, not only will your fear begin to dissipate, but you’ll also gain newfound confidence and know-how.

The last step in conquering what you fear is acknowledging and accepting the negative thoughts and replacing them with positive ones instead. More often than not, fear arises from anxiety or distress over an upcoming event such as a big test.

However, there are times when fear is caused by unanswerable queries such as “what if?” or “why?”. Knowing your future is unlikely, but you can prepare yourself for any possibility with rational thought and thorough research. So when what if and why arises in your thoughts, talk yourself through it with positive aspects and analysis.

You may also find meditation and mindfulness practice will assist you when working through your fears.

Fear keeps us alive by influencing how we respond to potentially dangerous situations, positive fear. However, you can also use fear to manipulate, which is negative fear, based on lies that certain people may tell you in order to get their way or get what they want.

Fear can grow and stop you from living the life you dream of when you do not acknowledge and deal with the emotion.To fear or not to fear that is the question, the answer is I think not. 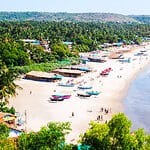 How Leisure Activities Improve Quality of Life in Retirement

Overcoming Barriers In Your Leisure Pursuits 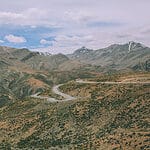 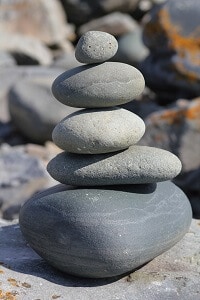 6 Types of Meditation to Calm

Meditation assists with the cycle of negative thoughts and feelings. 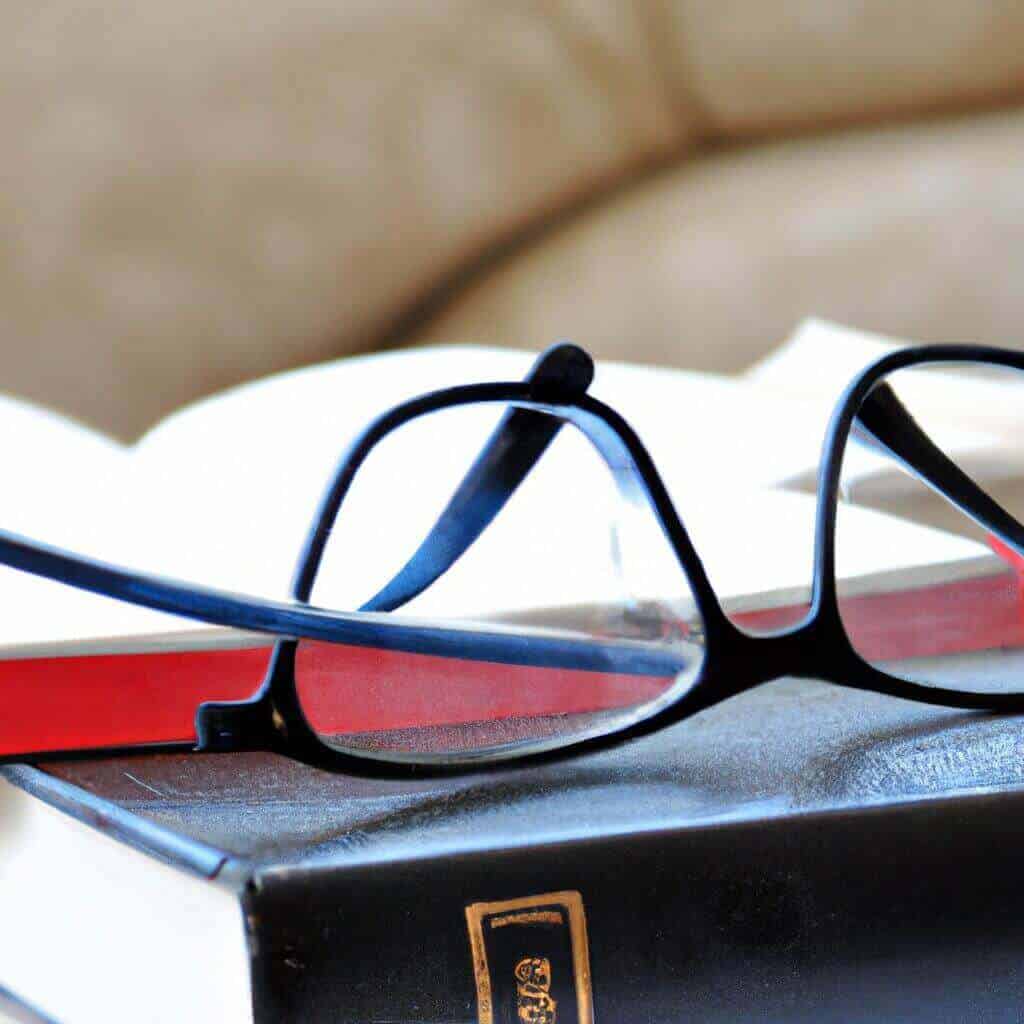 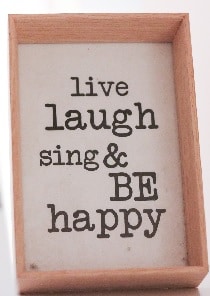 Laughter offsets the adverse effects of stress on the body and mind.